What Is Carbon Monoxide?

Carbon monoxide is a colorless, odorless, tasteless gas that is generated through incomplete combustion of fuel such as natural gas, propane, heating oil, kerosene, coal, and charcoal, gasoline or wood.

This incomplete combustion can occur in a variety of home appliances. The major cause of high levels of carbon monoxide in the home is faulty ventilation of furnaces, hot water heaters, fireplaces, cooking stoves, grills and kerosene heaters.  Other common sources are car exhausts, and gas or diesel powered portable machines.

Faulty or improper ventilation of natural gas and fuel oil furnaces during the cold winter months accounts for most carbon monoxide poisoning cases.  Correct operation of any fuel burning equipment requires two key conditions. There must be:

How Carbon Monoxide Affects The Body

Hundreds of people die each year, and thousands more require medical treatment, because of carbon monoxide poisoning in their home. The human body depends on oxygen for the burning of fuel (food) to provide the energy that allows cells to live and function. Oxygen makes up approximately 21% of the atmosphere, and enters the lungs during breathing. In the lungs it combines with a blood component called hemoglobin. When saturated with oxygen, it is called oxyhemoglobin. 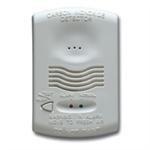 After being carried by the bloodstream to the cells of the body, oxyhemoglobin releases oxygen to the body tissues. Carbon monoxide is dangerous because it bonds much more tightly to the hemoglobin than does oxygen. Once hemoglobin combines with carbon monoxide to form carboxyhemoglobin, its ability to combine with oxygen is completely lost.

As more carboxyhemoglobin is formed, the amount of oxygen carried to the cells and organs in the body decreases. Carbon monoxide starves the blood of oxygen, literally causing the body to suffocate from the inside out. When the carboxyhemoglobin concentration reaches a certain level, people get nauseous, become unconscious, and ultimately die. How quickly symptoms appear depends upon the concentration, or parts per million (ppm) of carbon monoxide in the air and the duration of exposure. A person’s size, age and general health are also factors in how quickly effects of the gas will become evident.

For most people, mild symptoms generally will be felt after several hours of exposure of 100 ppm’s of carbon monoxide.

Many reported cases of carbon monoxide poisoning indicate that while victims are aware they are not well, they become so disoriented that they are unable to save themselves by either exiting the building or calling for assistance.  Infants and children are especially vulnerable to carbon monoxide due to their high metabolic rates. Because children use more oxygen faster than adults do, deadly carbon monoxide gas accumulates in their bodies faster and can interfere with oxygen supply to vital organs such as the brain and the heart.  If left unchecked, a child’s exposure to carbon monoxide can lead to neurological disorders, memory loss, personality changes and mild to severe forms of brain damage.

As with smoke detectors, consumers should avoid any brand that does not bear the mark of Underwriters Laboratories Inc. and/or Underwriters’ Laboratories of Canada. You should consider ease of installation, the location of installation and the power source of an alarm when choosing a plug-in, battery powered or hardwire model. BatteryBackup-some plug-in carbon monoxide alarm models have a back-up power source that allows the unit to function in the event of a main line power failure. During a power outage, people are likely to use alternate sources of power, light and heat (e.g. kerosene heaters, gas-powered portable generators and fireplaces) which may be out of tune and may produce deadly carbon monoxide gas.

Chem-optical technology alarms are also known as gel cell or biomimetic technology alarms. These alarms utilize a type of sensor that mimics the response of hemoglobin, in the blood, to carbon monoxide. Alarms using this kind of sensor are usually battery powered. One main drawback that remains is that the sensor can non-reversibly accumulate carbon monoxide and other contaminants over time, which can eventually lead to false and/or nuisance alarms. Some chem-optical (gel cell) alarms on the market today contain an expensive replacement battery and/or sensor, which must be replaced periodically.

Electrochemical technology alarms are usually battery powered and are much more complex than semiconductor. Platinum, as a catalyst, and acid, as an electrolyte, break down carbon monoxide gas and release electrons, which induce a small current and activate the alarm. This type of sensor is very accurate in its initial calibrated state, but is susceptible to contamination and swaying from its original set point over time and exposure. The technology is very expensive to manufacture and will typically have a limited lifetime of about 2-5 years. Some manufacturers’ models will require its battery and/or sensor to be changed periodically. Other manufacturers’ models have sealed housing that requires the entire unit to be discarded once the battery power supply is depleted.

Semiconductor sensors are mechanically simple and are electronic in nature; therefore they have a long life (typically 10 years) and are very reliable. Current designs demonstrate excellent immunity to other gases that may be present. Semiconductor sensors utilize a controlled quantity of tin dioxide as a sensing element. The sensing material is heated by a small electric heating element and carbon monoxide gas is catalytically broken down at the surface of the sensing element. Electrons are released in this process and are absorbed by the sensing element. This increase in charged particles lowers the resistance of the sensor. In an alarm using semiconductor sensors, electronics are used to measure the sensor resistance and from this to calculate the carbon monoxide concentration.

What To Do In The Event Of An Alarm 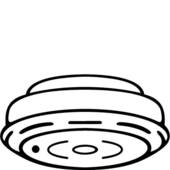 You should consult their owner’s manual for a carbon monoxide alarm procedure. However, the following is a general procedure:

If a carbon monoxide alarm sounds a low level warning or hazard level alarm, you should leave your home immediately and call their local emergency service or 911 for help. The Fire Service has the proper protective equipment and gas meters to properly verify the alarm.  A head count should be taken to check that all persons are accounted for once outside in the fresh air. You should not re-enter the home until it has been checked by the Fire Service and aired out.  Once the source of the problem has been identified the appliance in question should be turned off and not used until the problem has been corrected by a qualified technician or utility company.

Where To Install Carbon Monoxide Detectors